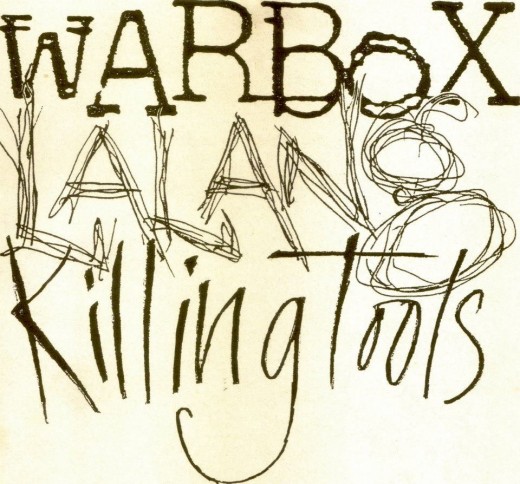 â€¢ we have the program book, will scan soon! 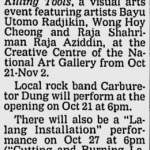 One day in early October 1994, artists Wong Hoy Cheong and Bayu Otomo came looking for DUNG at the Central Market. Joe sat down with them on the yellow tables of the 2nd floor food court and found out that they wanted to invite CARBURETOR DUNG to open up their joint exhibition at the (old) National Art Gallery. Apparently the then Deputy Prime Minister Anwar Ibrahim was supposed to officiate the opening but pulled out, so they thought DUNG would be a fitting replacement! Ahahaha! Very sly indeed.

Anyway, we told them that there are a few more bands which we could bring with us and they said yes. Can’t remember which other bands who played with us on that day but KL hardcore band CHRONIC MASS was there They were STATIC (ex-UNITED COLOURS OF FRUSTRATION), CHRONIC MASS & BASIC RIGHTS. Anyway, it’s the first time local underground bands worked hand in hand with the art world, especially the ones who were critical of political issues and our surroundings. A lot of gratitude to goes to all three artists for making that happen and also thanks to Anwar Ibrahim who chickened out at the last minutes!

here’s a review from NST (click to see it bigger): from the report it seemed like we did a version of Ugly, Ugly, Ugly which was written in the same year and later done to death by our project band THE SHITWORKERS. 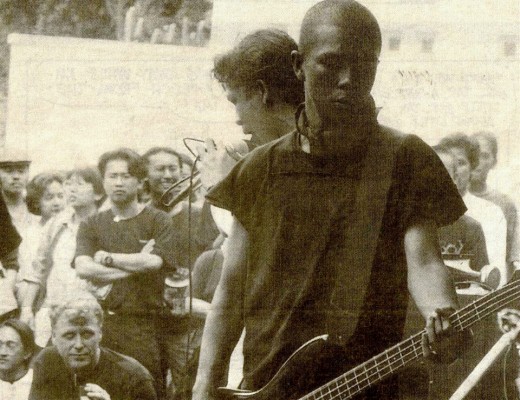 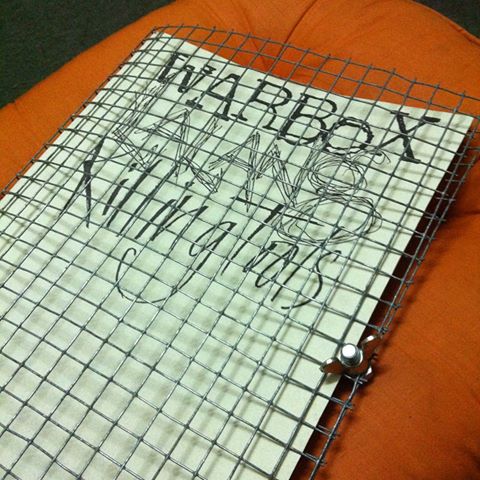 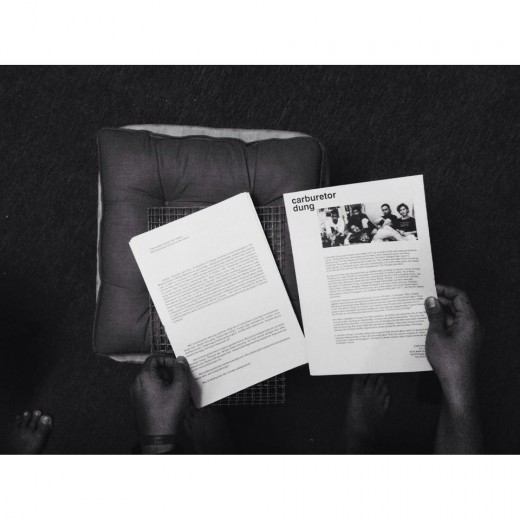