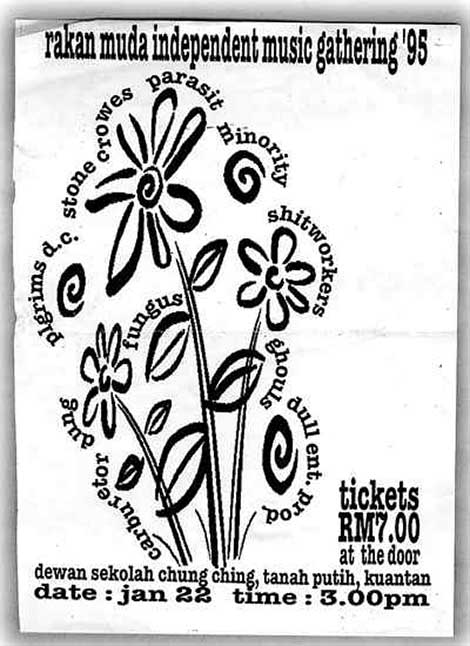 Organised by Weng, this had nothing to do with that “Rakan Muda” (the govt. scheme). It was held at the a Chinese school hall. The Shitworkers also played! There’s a video of this somewhere.

a pix posted by Pyan NATHIAS fanzine on his FB page in 2014: 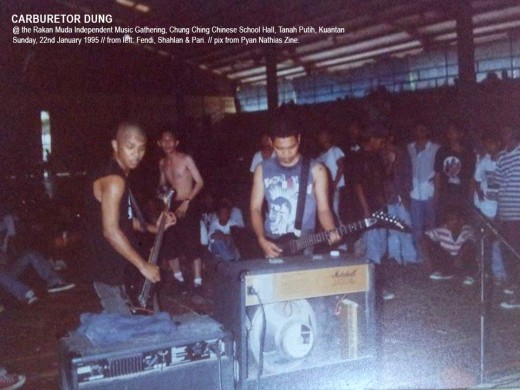 note: Organised by Weng & Lee. The Shitworkers was joined by Jijoe on 2nd guitar and played the two songs (again). This gig was recorded on VHS and also feature Luk Haas! There were loads of kids from all over Kuantan there, all the old faces. Also people from the KT scene. Must have numbered around 400 kids? Also the last show for The Shitworkers first line-up.

note: LUK HAAS was there too!