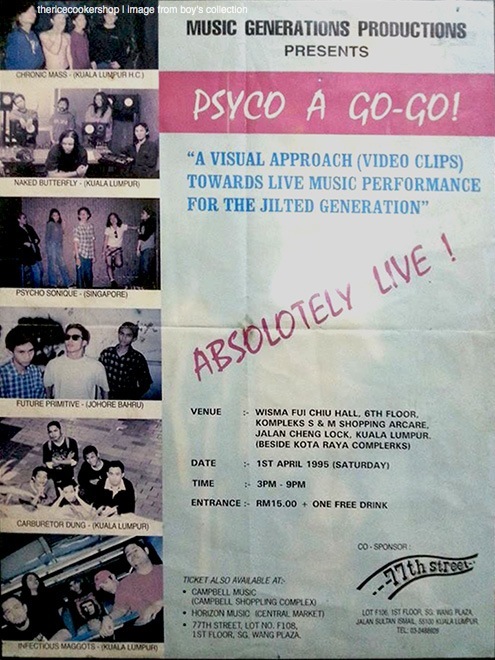 This is the LAST GIG with Pari & Lan Bear. Also the first time we played a new song “Pay Day”.

“I remember the first gig that I went to. It was 1994. Plaza Kotaraya. We arrived early and the bands were still doing their usual routine. Sound check. That day we saw Psycho Sonic, Future Primitive and then, there was Carburetor Dung.

I donâ€™t know if I got the details right. Iâ€™m not sure if Carburetor actually performed that day. But one fact remains the same; back then, even today, by any punk-rock standard, up there, in the most popular sing-a-long songs of all time, Boo Hoo Clapping Song must be in the Top 2. The other song was Sua Sue Good Morning by The Pilgrims. It was one of those situation, people sings their heart out and everyone automatically have this urge to dance and punch the air. It was crazy” – Syed Shahrul of the net magazine Sireh & Cengkeh, 2007 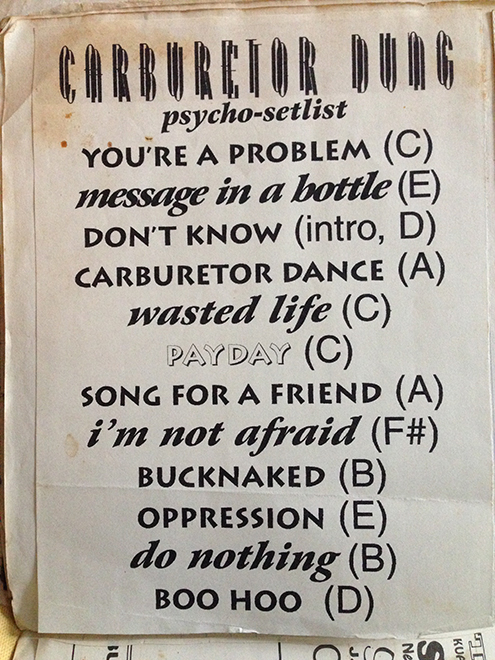 Seems like we played three covers. Message in a Bottle (THE POLICE), Wasted Life (STIFF LITTLE FINGERS) and Do Nothing (THE SPECIALS). Probably the first time we played “Payday” while “I’m Not Afraid” could be the “UMNOT” song which we’ve never recorded. 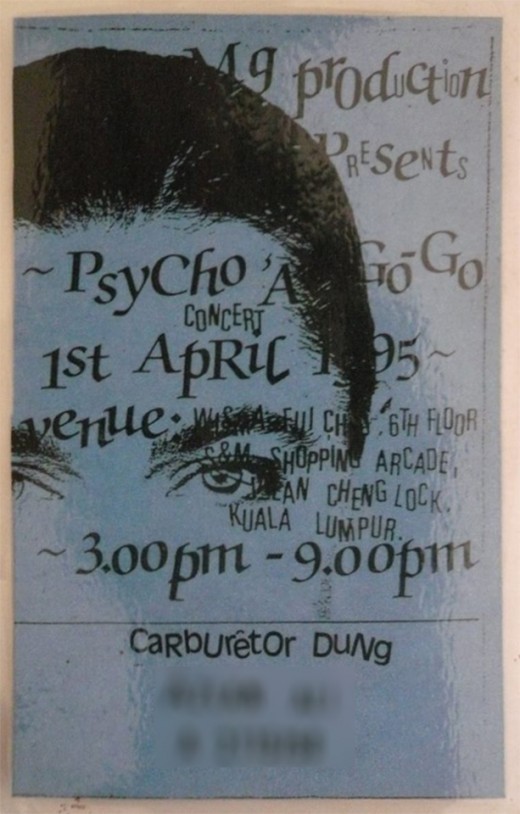