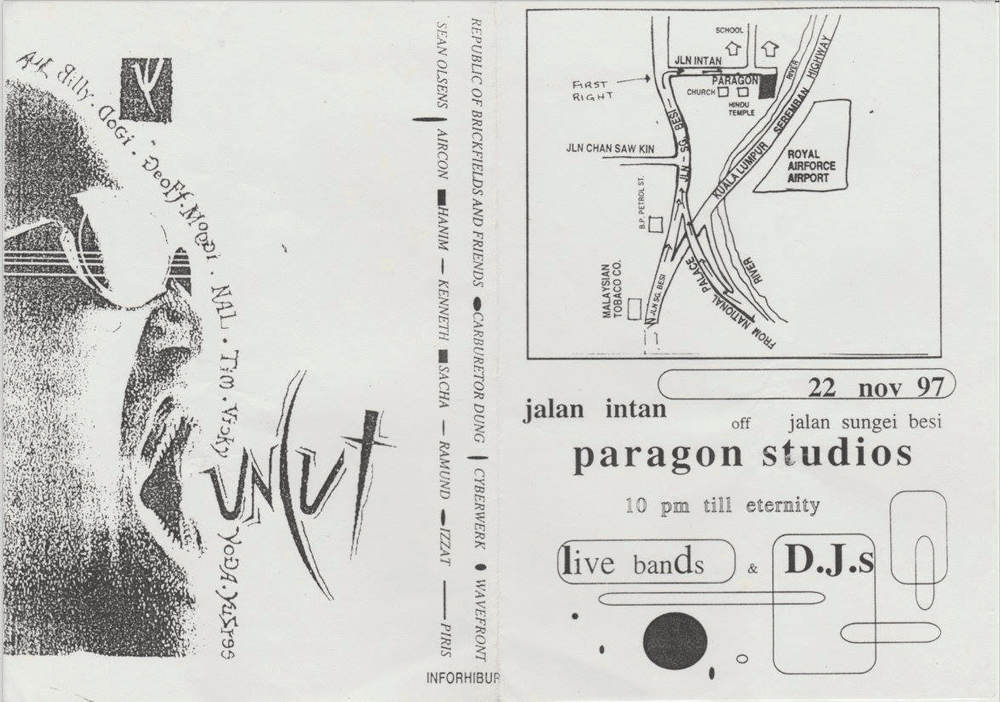 As mentioned by Acai, this is one of the first few underground rave parties happening in KL back in the late 90s. orgnaised by some friends from the dance scene and so we were invited, along with our friends The Republic of Brickfields, who were then sharing the same building with us in Brickfields. The venue was later used for the Dari Jemapoh Ke Manchestee film shoot where DUNG appeared in. or maybe it was BEFORE this party. Not sure.

“One of the earliest underground rave parties in Malaysia before the major labels set in and bringing it to other commercial venues (Sunway Lagoon, Genting Highlands, Movement, Backroom etc.) – This could also be the first time that Republic Of Brickfields performed with their original line ups (Arwah Oz, Aru, Jijoe and Ollie), at the back of a one tonne lorry.

There were 2 or maybe 3 sections around the place, that cater to bands and DJs performances. I can’t really remember the details because there were just so much happenings at the same time. What I can really remember was a friend popped some e or maybe hit some acid and did this dance that looked like he’s washing clothes with that scrubbing motion. That was his dance routine for the whole night!” – Acai