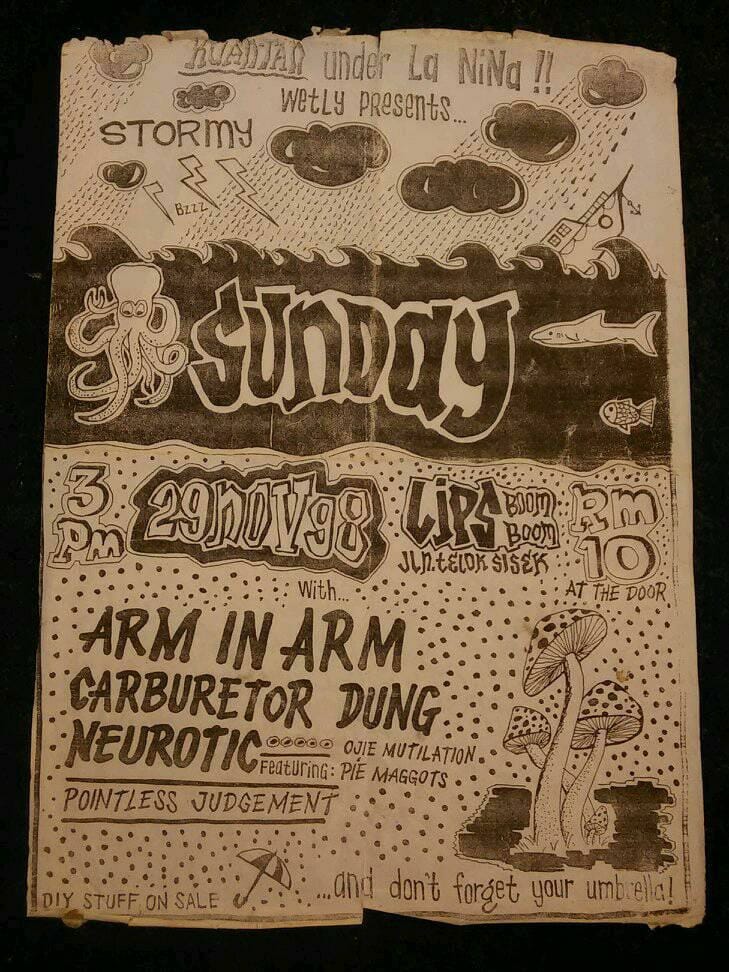 *finally got this flyer from Nizang’s post on FB, July 14th 2018, apparently it was designed by Lee.

**here’s a short report found in my old yahoo account in late 1998:

Thanks for the update, i’m going to include it in my site (the news column) and here’s my little report of the show C. Dung played at Boom Boom Kuantan last Sunday. Do pass it on.

ARM IN ARM was the first band playing and they were good. Really intense, with original tunes alternating with good covers. There were some “almost” hard rock numbers (probably influenced by some later “emo” bands), however it was a very tight metallic HC set.

Next up was LYME, our friends from Ampang, KL. We (the DUNG people) first met LYME’s members (Venezuelan vocalist Javier & Pakistani drummer) at Jemapoh’s Party at kapitan’s Club a few months ago. When they send us their live rehearsal tape, we decided to invite them to the Kuantan gig. They appeared as guests and boy! they blown minds! Imagine a very original mixture of post-HC/90s Metal sound like KORN meeting the brains of NOMEANSNO and even parts of PRIMUS in tow! Fuckin’ awesome, especially when Javier’s vocal antics, playing around with dynamics and also emotionally draining in its honesty.

The band was tight and even throw in two RATM covers to move the stunned crowd! Catch them whenever you can. You’ll know what I’m talking about! Next band was Seremban’s POINTLESS JUDGEMENT, a six-piece band with two vocalists, mixing a bit of NYHC with more of the crustier end (a perfect mixture actually, not too metal and not too retro). Their set was highly energetic. There was no let-up in anger and energy. Really intense.

After that CARBURETOR played and I think we played well apart from some guitar chord glitches (as expected from me!!).

After Dung there was a loose coalition of KL veterans and Kuantan warriors, getting to gether as NEUROTICS, a grindcore tech assembly with massive riffs and huge voices booming all over the eardrums. Deafeningly chaotic but loadsafun!

The earnings from the ticket sales that day were divided equally between all of us (we got about RM 20 something for each member of the bands playing). A great show and there’s another one (a metal one in December).

Be there if you can coz the boys and gals in Kuantan are totally cool. No air and always friendly, just like the main Ipoh gang. Nice people. To hang-out and meet these angels, go to the main bus station in Kuantan and look out for a jam studio called “DULL” at the adjacent building. Instant friends are guaranteed, as long as you’re not “sombong” or not too shy to say hi. Thanks to all who were there.

Okay then that’s my bit for now. this will be posted on my news column soon. take care and have a smile always. KEEP IN TOUCH.

Nizang’s note on FB with the flyer:

“In 1998, I was in form 4. It was considered ‘honeymoon year’ to some secondary schoolers. Shaifulrizal Shaffee and I took the express bus to Kuantan from Kuala Terengganu to attend this show, the first time ever I went to an “underground music” gig.

LYME also played, hanged out with them, Pok Rol of Holiday In The Rain Zine belanja us makan even though we didn’t know each other yet at that time, stole the mic all through out ‘Boo Hoo’ song set while Lee Khalid was busy “lee-ing”.

One of the vocalists of Neurotics, very tall guy slammed his body straight on my tiny body right before they start their set. The sound from the speakers was blaring loud, pounded my chest.

The rest is history.” 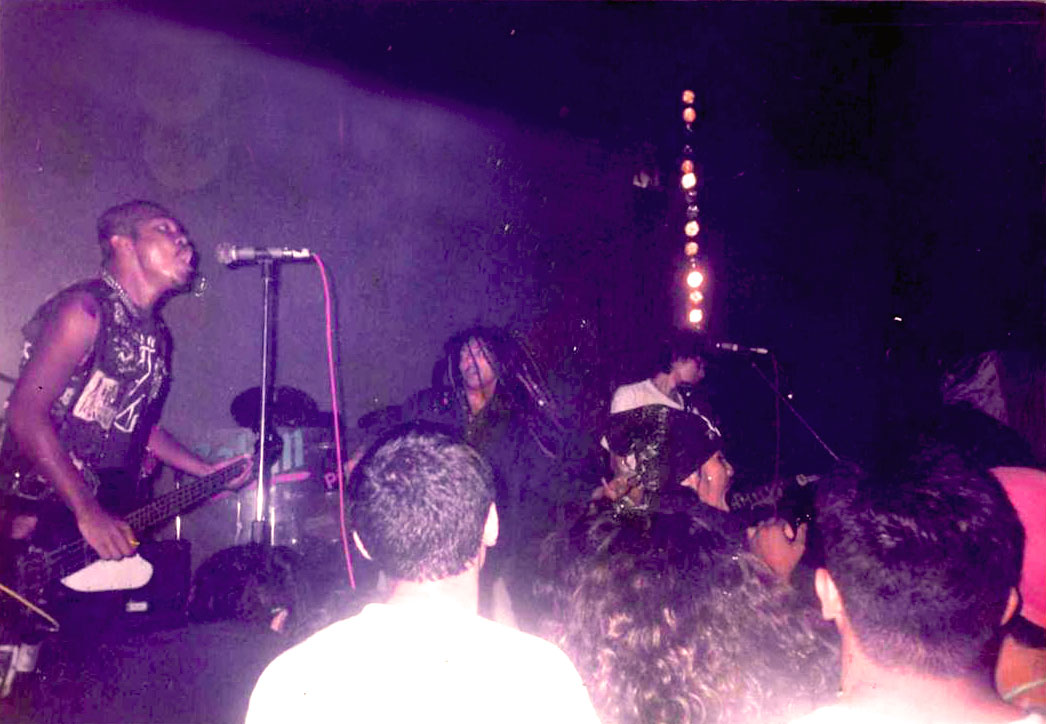 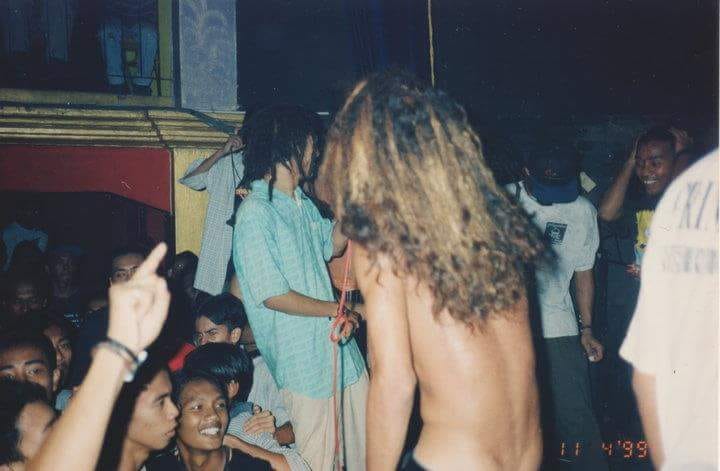 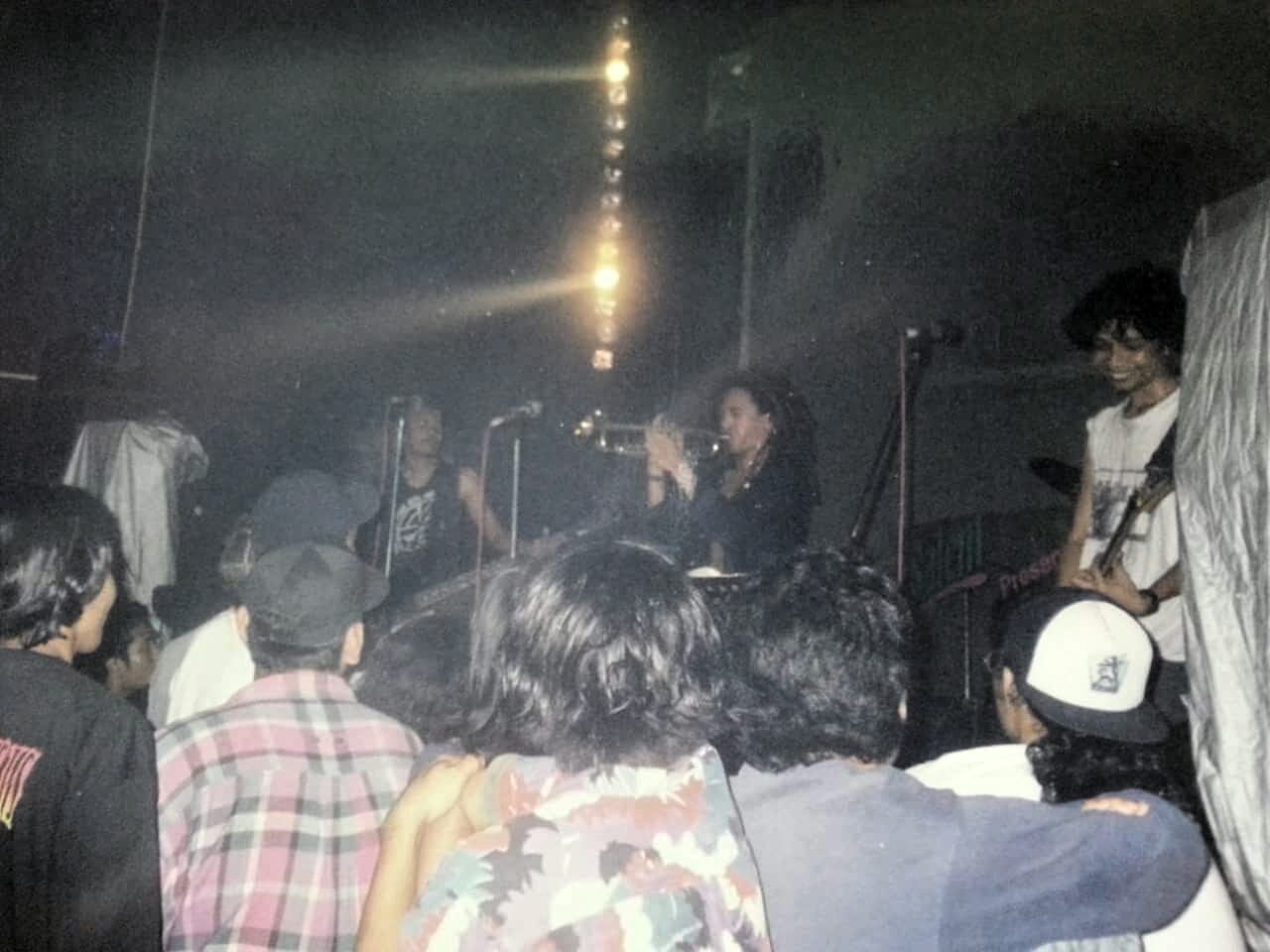 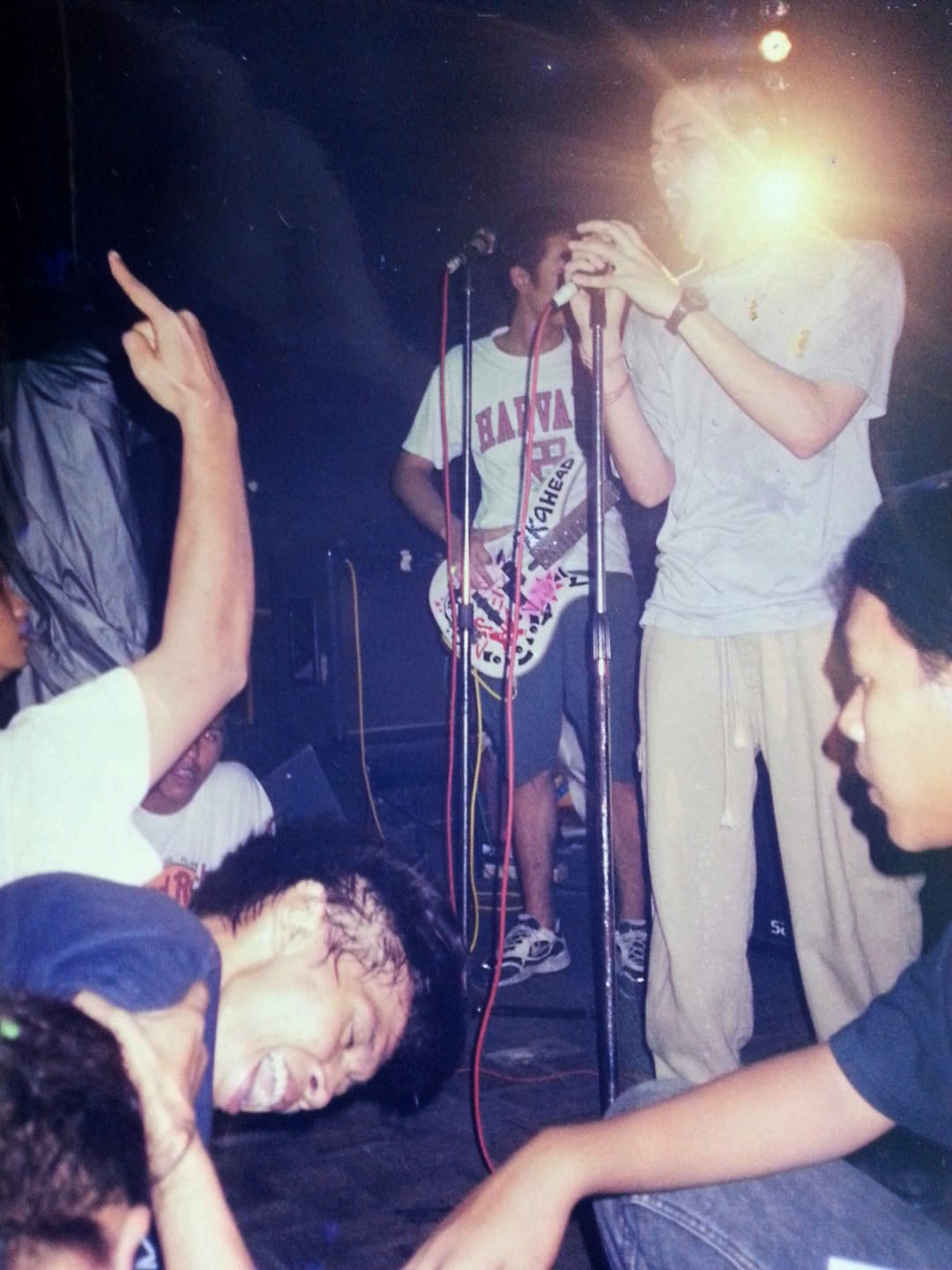 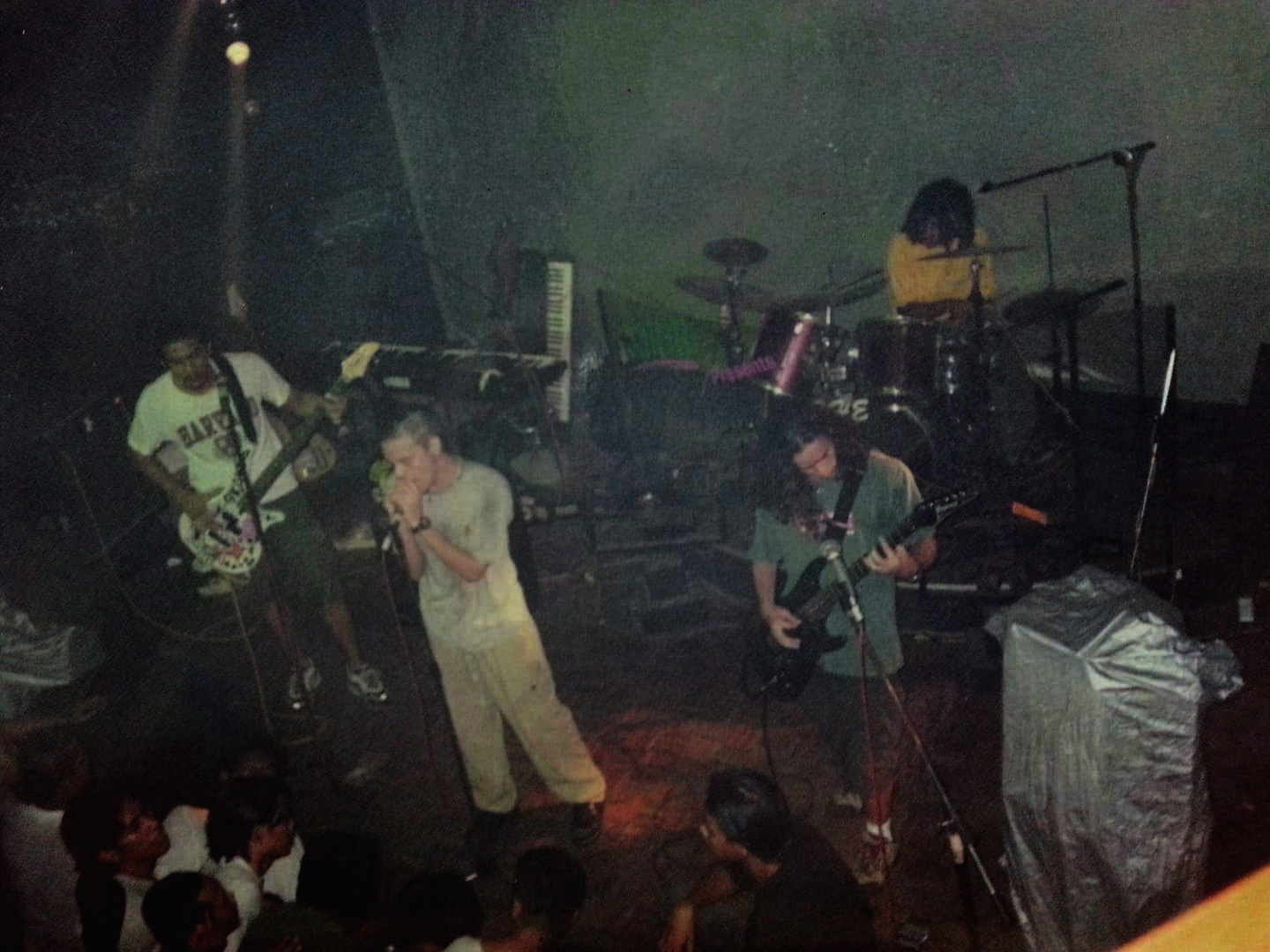 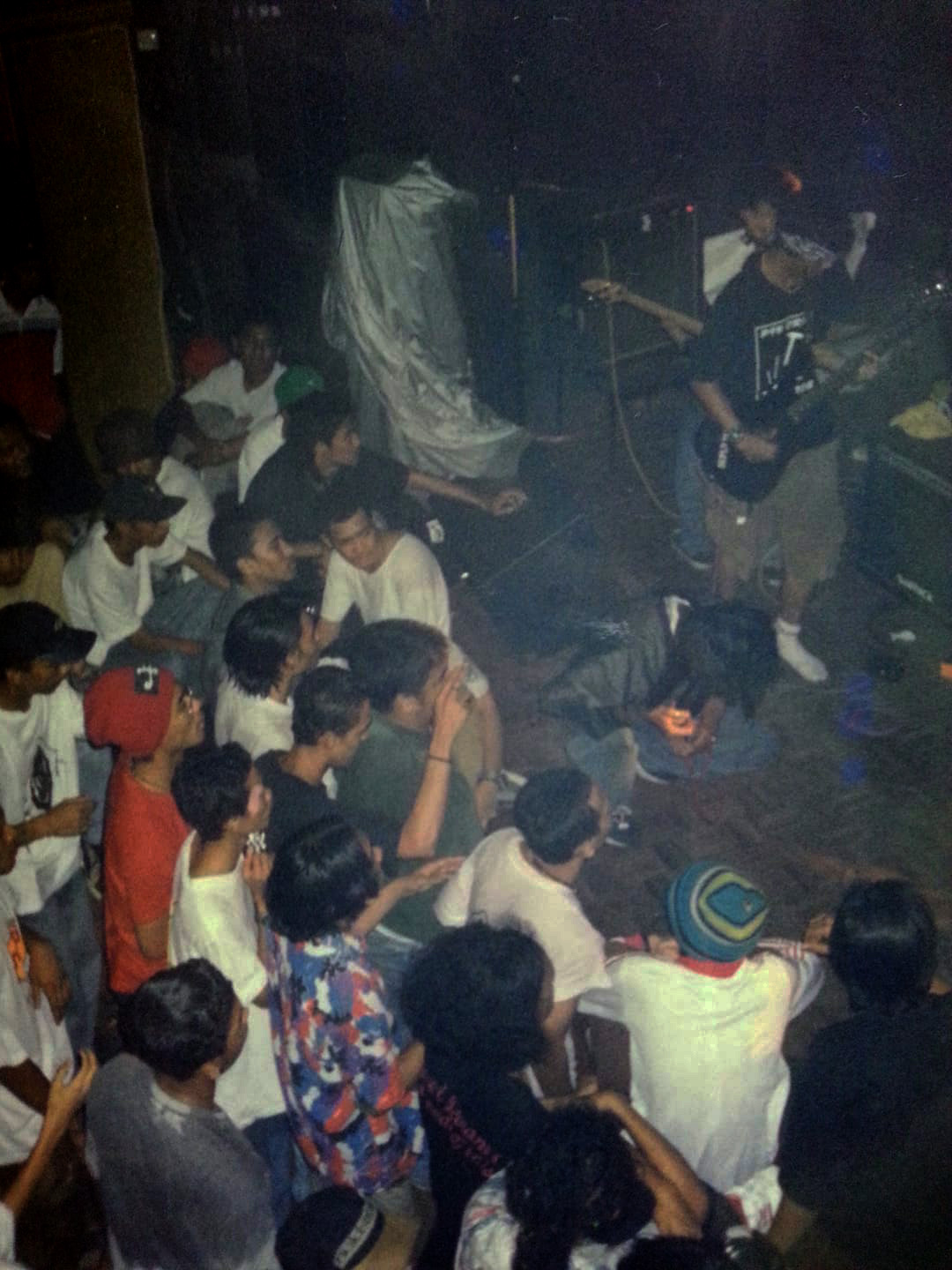 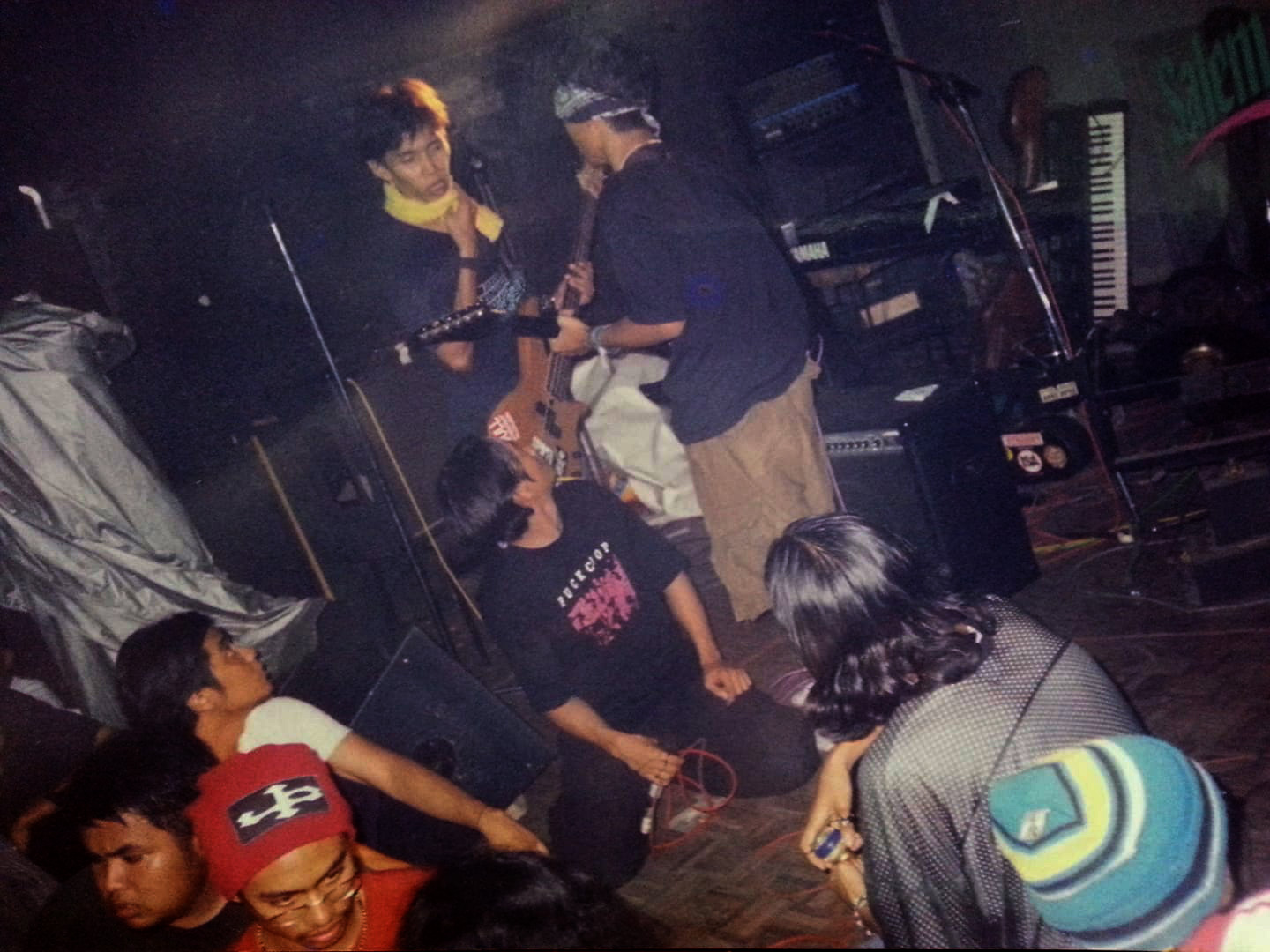 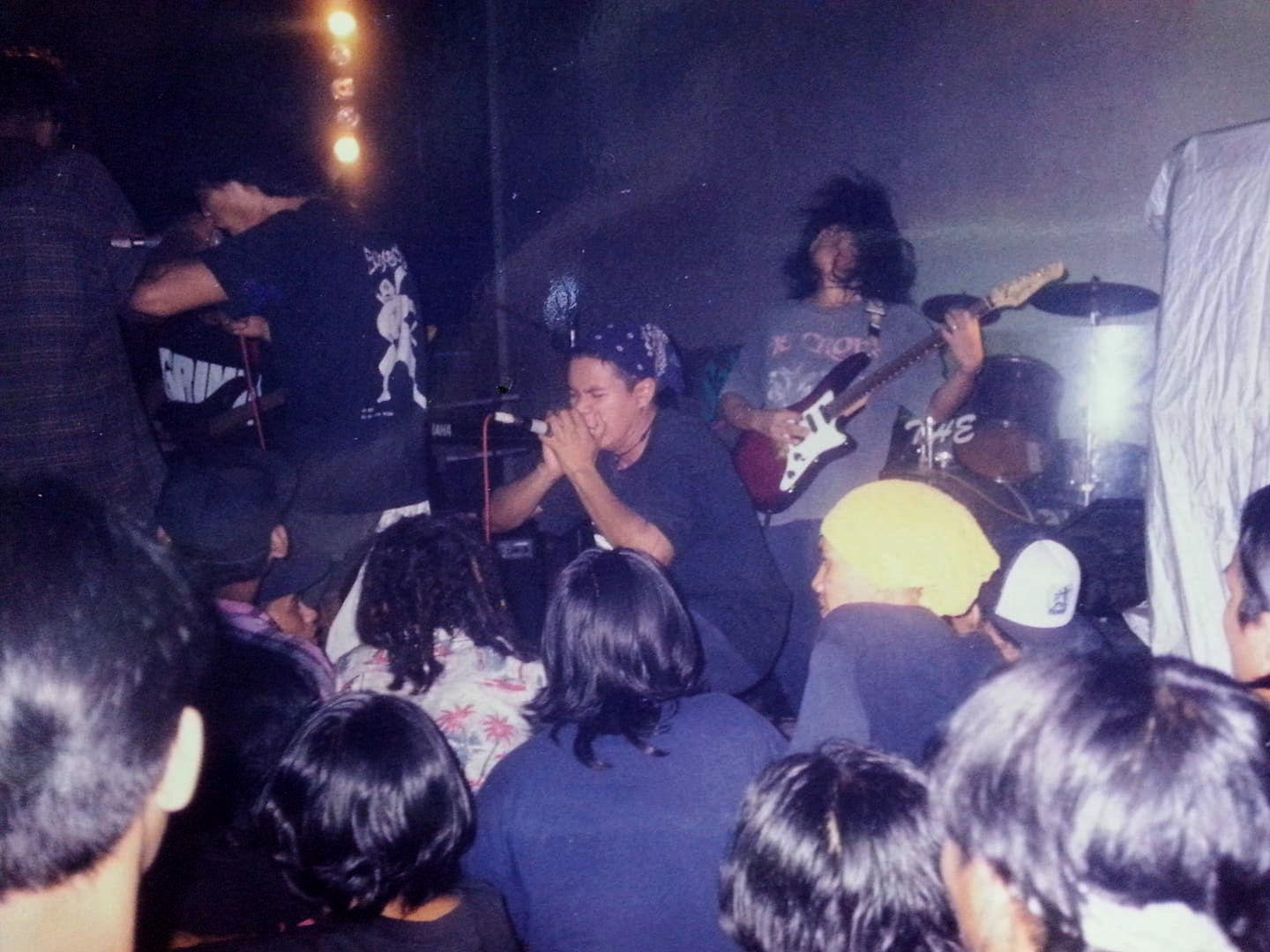 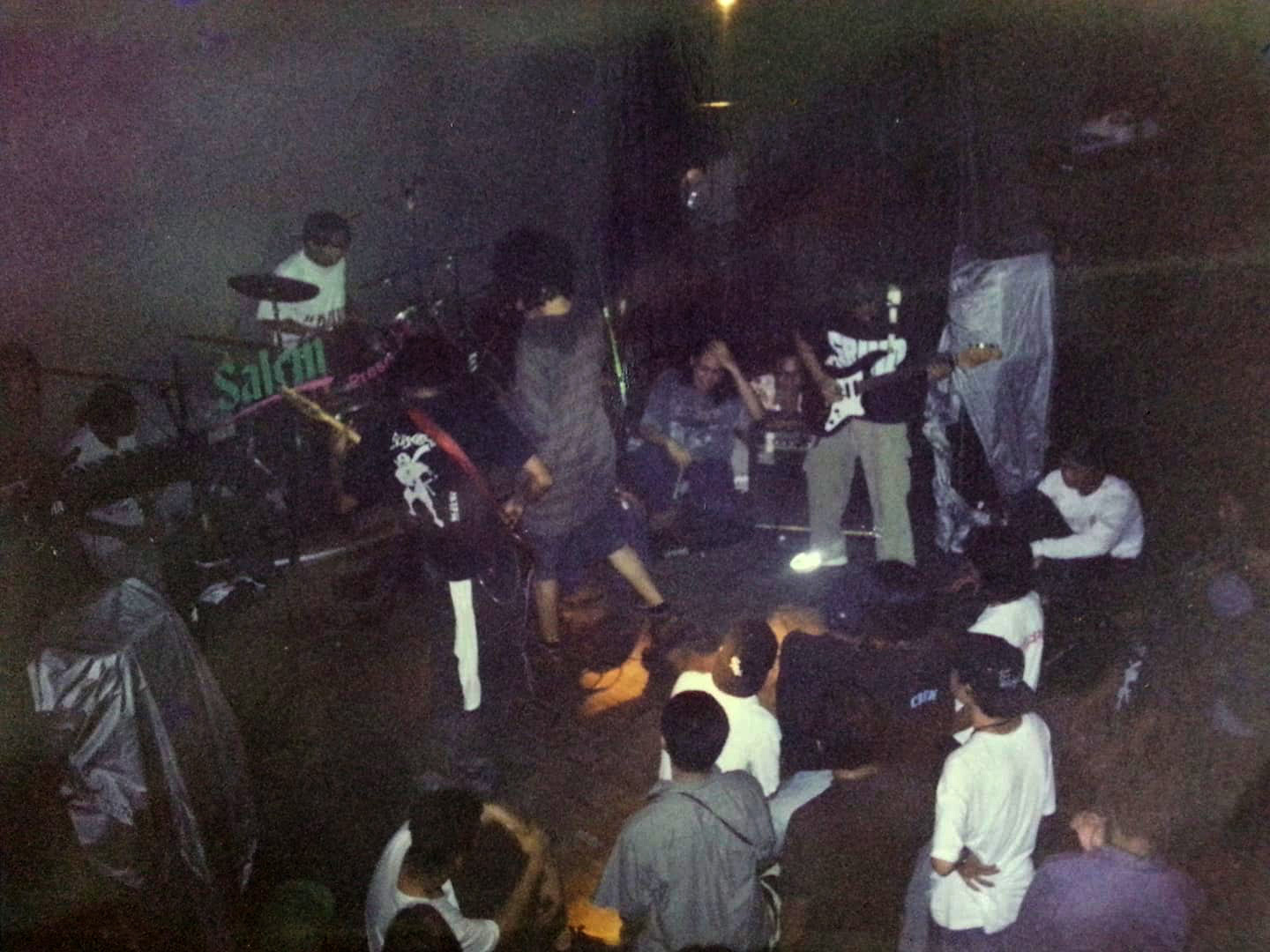