this is supposed to be the third SHITWORKERS II show but we decided not to play because of a band deemed mainstream was also supposed to be playing. check out the explanation stated in the screen grab below.

*this is actually forgotten until found on the deleted SHITWORKERS website.

note: Organised by Winder. The Shitworkers DIDN’T PLAY due to last minute inclusion of Prana. Other bands who pulled out; Mass Separation & This Is Your Enemy. 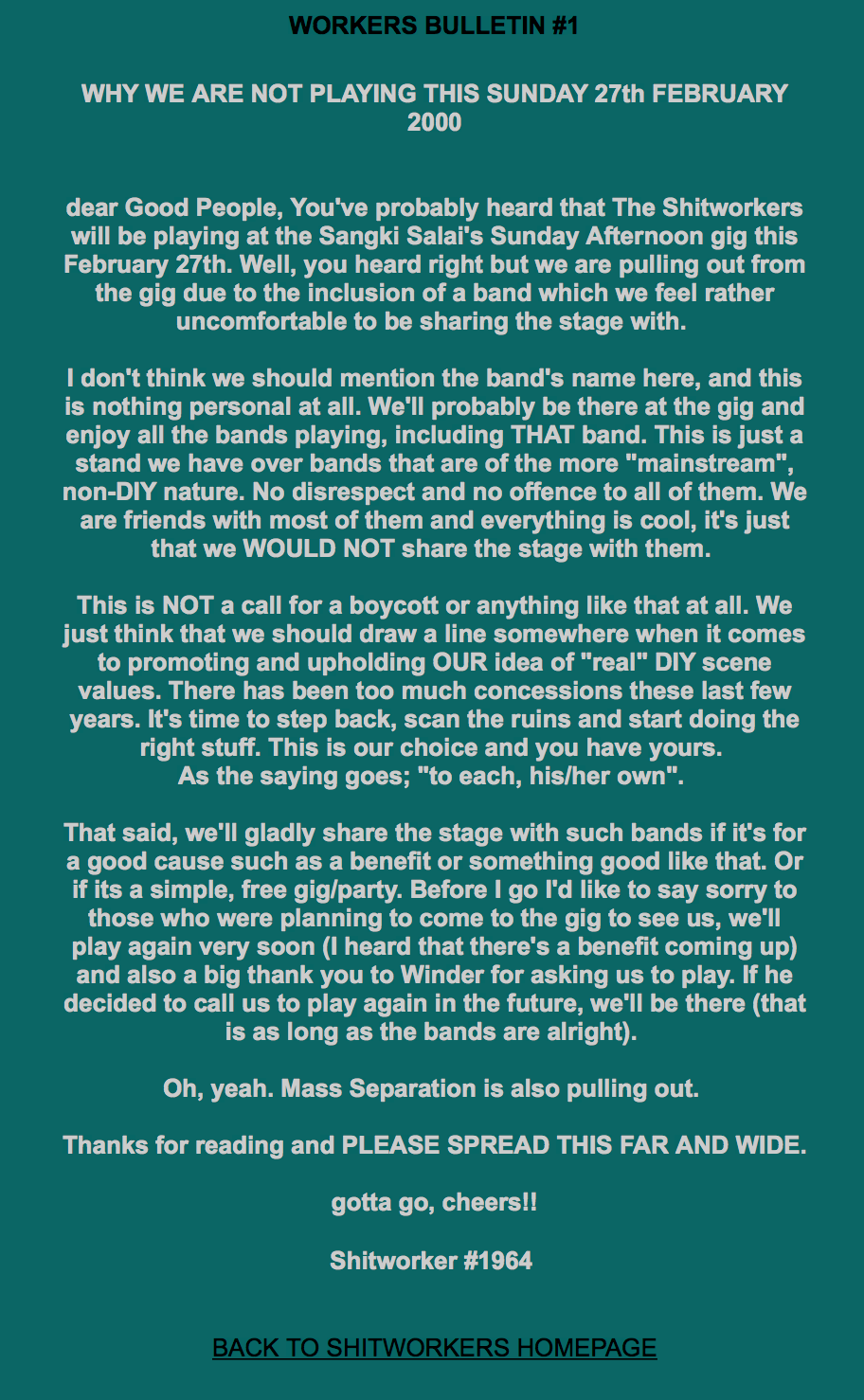 **looking at it now, it’s looking like one rash and harsh decision by us. it was the years of finding our bearings I guess; connecting back to DIY ideals, but probably a bit too over-the-top!