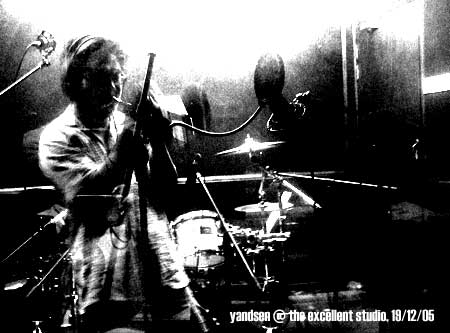 We took up more than four hours to record a single song last night. But we did it and now the song is in Meor BodySurf’s hands and according to him the whole compilation we recorded the song for will be mastered this week and it should be out before the new year.

This is relief for us as our band has been holding up the whole release of the album by not recording! The project which supposed to be released more than a month ago has been waiting for our tune. A lot factors denied us to record earlier, right from the usual “no money” predicament to the band members being very busy with their daily carimakan. Apologies to the other bands in the comp for this, and of course to the BodySurf crew who have been tearing their hair over it.

I’m also very relieved as i have this idea that the Dung, unlike others, only record every six years and I had this fear that it’s going to pass that period and break the blessed tradition. Now that would not be good isn’t it?

Anyway, we recorded the song at this little studio called Excellent (or Excellence or something similar), situated in the Bandar Utama end of Taman Tun. Prior to that we went to Akar Karya, Uptown, to jam. We briefly saw Mass Separation in there. They’ve just finished jamming, on their final leg of preparation for their Indonesian tour this weekend. The studio was however fully booked so we ended trying out the song with Bullet in the recording studio itself. 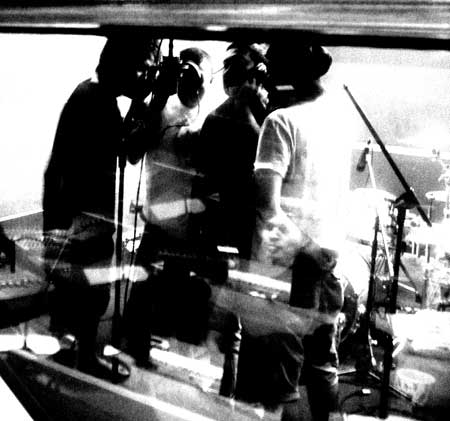 It’s a bit awkward as the studio’s very small with the space taken by a big drumset, a big guitar amp and there’s no bass amp. Credits to Bullet though, even though he had only heard the rehearsal version of the song moments before, he immediately understood it well, and it’s not just learning the parts but also the spirit of it. Bullet even danced this weird line-dancing moves just to illustrate the frantic nature of the song. Not that it’s complicated. It’s just a speedy simple 3-chords two-parter but some drummers we’ve had were just robots. With Bullet, it’s the feel and I’ve never experienced any other drummer who went for that.

The man’s also a clown that kept the fun going even when the studio hands fucked up several wiring and patchings and delayed a lot of time in the studio. And he’s also a handy ex-sound engineer/producer who knows everything there is to know about recording studios and its quirks, and so he helped the guys out to re-patch the wirings and later ended up at the console doing a simple mix of the song. He even set-up the mikes for the amps, found the sound for me and Fendi and also joined in the bcaking vocals. A dream drummer indeed.

The post below told about how Yin Pin & Ah Tham may join us for the session, but they didn’t turn up. Our dear friend Yandsen did though and he brought two of his babies, one an old trumpet he bought for RM300 and the other a gleaming golden saxaphone. The man played both on the recording and stayed with us till the session finishes at around 4.00 AM. We also decided to throw out the whole spoken part bit of the song and fill it up with his excellent “skronk”. Another dream band member really.

And so if we can have it lah, here’s how an ideal Carburetor Dung would look like: 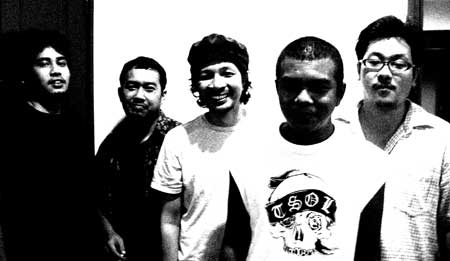 All in, thanks to Fathul for the studio time and Ash and the other guy (both engineers for the studio). Thank to Meor for the bass.

BTW; We didn’t managed to record Mata Buta, no time. You can listen to an excerpt of “Mari Nyayi Menjilat” here.