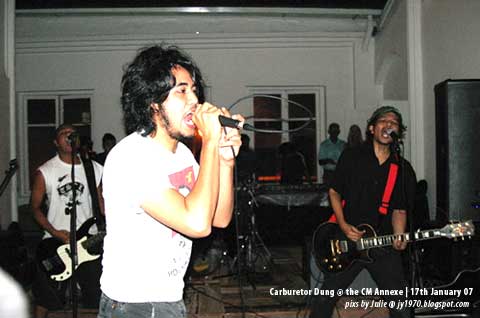 We played earlier than sheduled and as a result a lot of our friends who came late missed the set. We played all the 5 songs as planned: Potong Nama, Hanturaya Putrajaya, Mata Buta, Macam Celaka & Mari Nyanyi Menjilat.

My guitar went outta tune midway through but I was too fired up to fix that! Anyway, Yandsen, Ah Tham & Aziz joined us for Menjilat and they continued on as we finished the song. However some kids started to ask us to play one more song. Zul Akta Angkasa asked for the Central Market anthem, Payday, but we didn’t rehearse the song so we did half of Boo Hoo, before the guitar gone completely dead!

It was a nice venue, about 90 feet long and 20 feet wide. The stage was about 3 inch high! Many people complained they can’t see us play due to the height. The sound system was alright, but Fendi complained my guitar was a bit too “thick sounding”, and not clear. Hmmm. We had good fun though.

Thanks to all who were there. We’ll post up some video clips later. 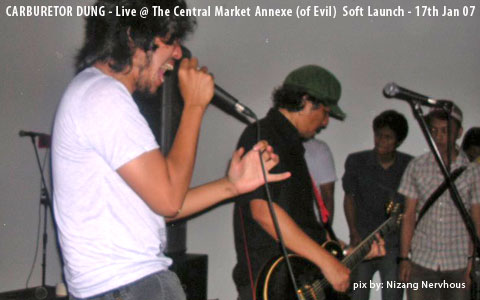 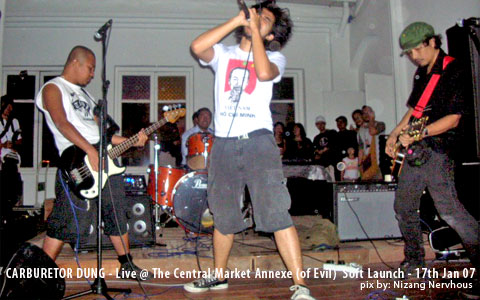 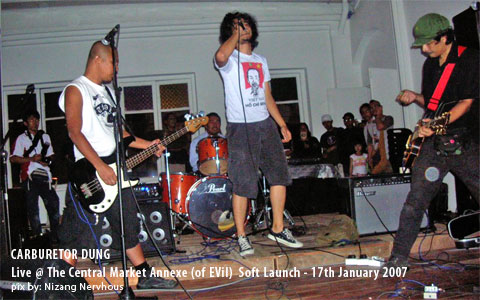