Pictures of the show by Ady Shahrul Shutterscream:

As mentioned most of us haven’t been to Tampin. We started here round 2 pm on the Dung Mobile. Alak came to the house first and later Manan, Tom & Bullet came to pick us up. Bullet got his drum-stools and new cymbals. But the surprise was when I opened up the boot to put in my guitar; Tom has brought along our Marshall head. So I decided to bring the Krank head. It’s been siting in the house gathering dust. I haven’t touched it since we brought it back from Singapore.

We went to pick up Fendi from the editing house (he’s editing his latest movie Songlap), went for lunch near the Selangor FA place. Then went straight south. Stopped over at Tom’s house and there he shown us his big metal box full of old cassettes! I rummaged inside there for a bit but didn’t have time to really go through the whole box. However I found two rare recordings: the first is the master tape for PUSHER’s first demo! The other one is a tape dub of the 7″ compilation – Hapuskan ISA! released by View Beyond -Czech Republic in 1997. 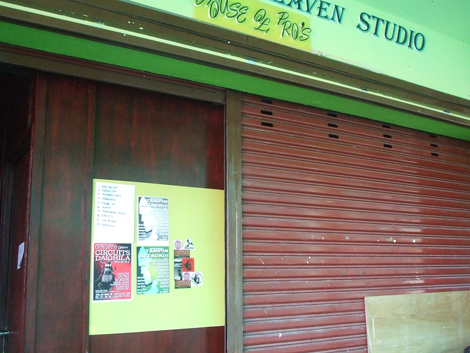 Anyway, we got to the Seventh Heaven Studio quite late. Managed to catch Seelan’s band (ILA MITRA) for a bit. The studio is nice. It’s just perfect for small shows. It’s about 500 sq feet, maybe 600; with a new stage on the long-side; good amps too. It could better with a more powerful PA and also monitors, but it’s alright.

I believe 100 people would cram up the space and it’s hot as hell; just right for a good punk rock show. Met the owner, Madi and he said the studio has been around for three years with the gig-space opened up a year or so ago. Seventh Heaven has been hosting a lot of shows and the deal is very simple; the organiser just pay the fee for a whole day (studio rental) and that’s it! 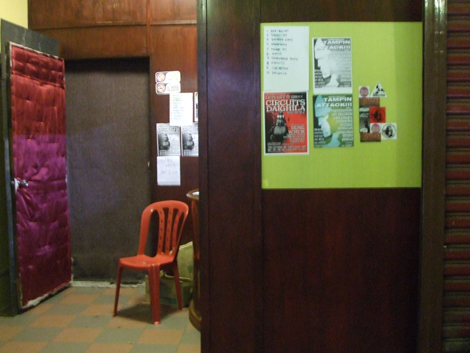 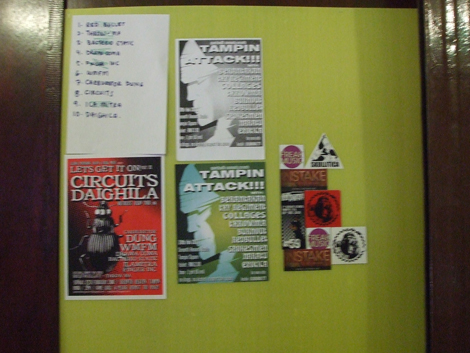 It’s on the 3rd floor of a bazzar-style building with roof over the walkway and big corridors. Also heard the space is quite connected with the authorities so there’s no problem with the police and such. Being on the third floor, it helps too; no kids spilling over the sidewalk and pissing off the neighbours!

Wouldn’t it be great if every small town and city in this country has a similar diy-friendly space! The sad thing is I heard that a few spaces such as that are now closing down. Is there no support? Weird.

We took quite a while to setup since we had our own amp heads and also Bullet with his cymbals and stuff. But the show went off good. We had a blast. We playing quite a long set too. The Krank head was okay, i didn’t know what to do with that much; Bullet said later that the cabinet at the studio was not big enough to really bring out the devil, hmmm.

Here are some pictures posted by Emanuel Koknga on facebook: 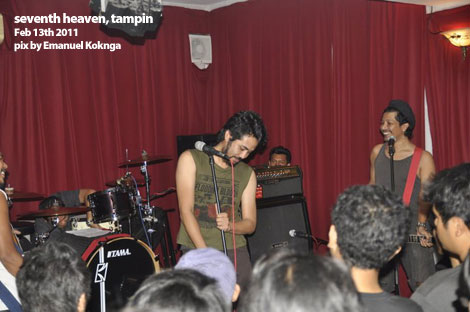 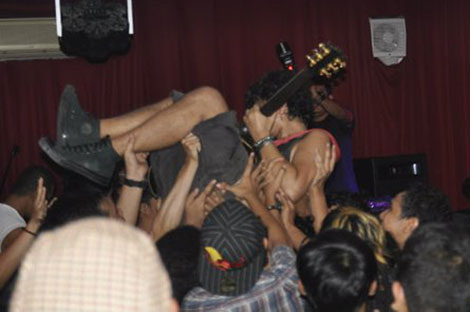 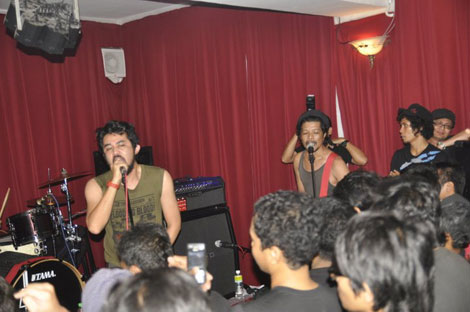 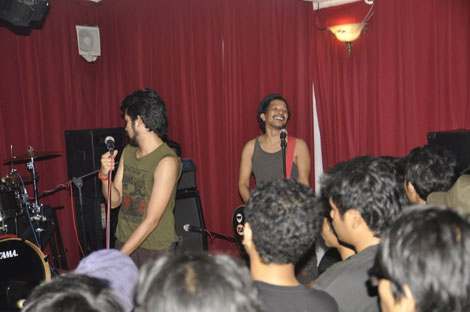 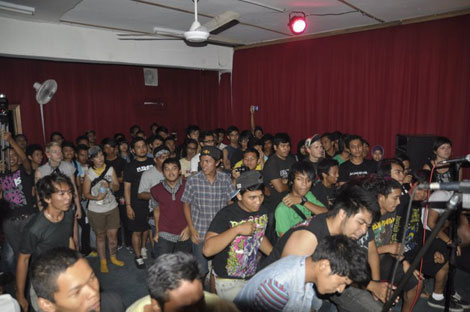 and here’s a couple from my own crappy camera: 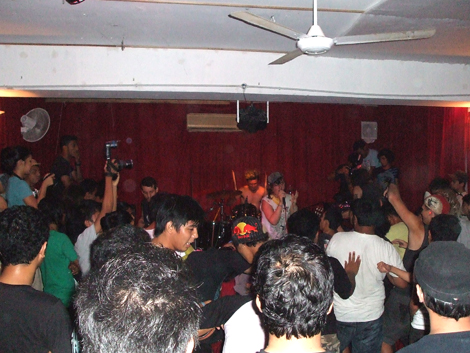 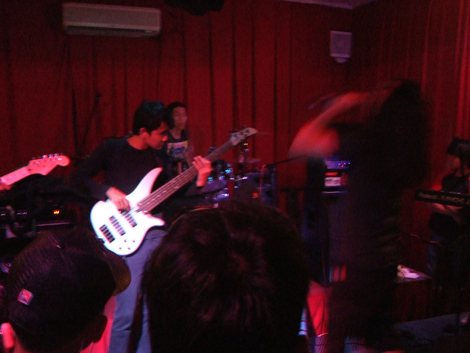