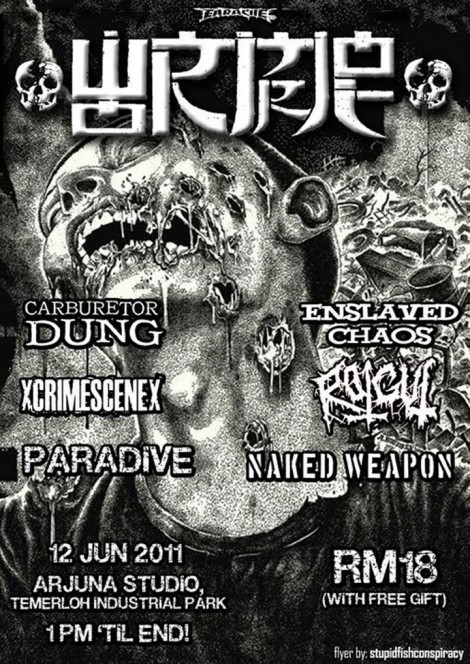 DUNG is joining WORMROT for a show in Temerloh. This will be our first time playing in the Patin City! So we are going to gorge ourselves with the best Patin Masak Tempoyak!

PARADIVE
Specially reformed for this gig boss! Had their demo but never seen them live. Hell, I can’t even remember how they sounded like!

ENSLAVED CHAOS
waulanneee!! The old Kuantam heroes! Without Mat Ribis though, but hell, they have the motha-fakkin’ meny in the house!

NAKED WEAPON
never heard of them before but we’ll check them out.

WORMROT will have tonnes of merchandise & DUNG will have a t-shirt to sell. Bring moolah!

See you there. Up the Patin Punx!