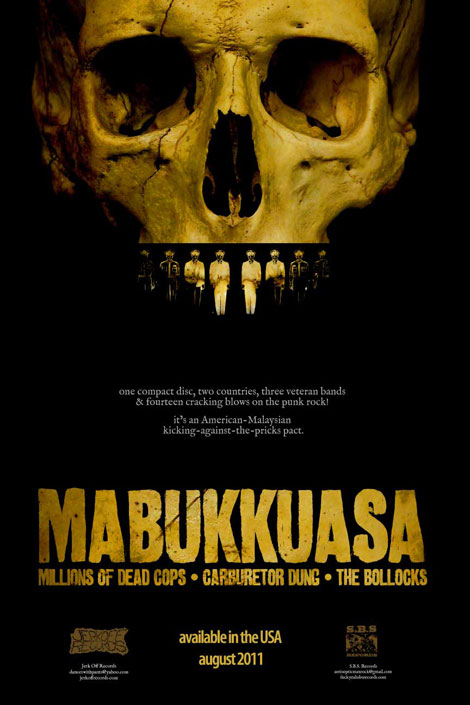 A project initiated by Marty of Jerk Off Records (California) somewhere in the middle of 2010 but only recently taking proper roots and now finally available for sale via interpunk and Jerk Off Records.

Marty first contacted us in June 2010, with a plan to have MDC, DUNG & an Indonesian punk band called HA! HA! HA! contributing to a split-CD with a few tracks each. However a month later, HA! HA! HA! proved to be hard to get in touch with, so Marty contacted Tom (yes, our Tom) for a few of THE BOLLOCKS tracks. Thus it became quite an incestuous affair with Tom’s old band in it!

By September, we started work on it proper with emails a-blazing. Come October 2010, SBS Records in Ohio joined in, so it became a split-label release between Jerk Off & SBS. However work brought Joe away from this project until January this year where he started doing the preliminary cover & t-shirt designs and such. After which Joe went AWOL again for a lot work he had on his plate. The work on the CD resumed in June 2011 and finally done (poster, CD sleeve & t-shirt designs) in August. 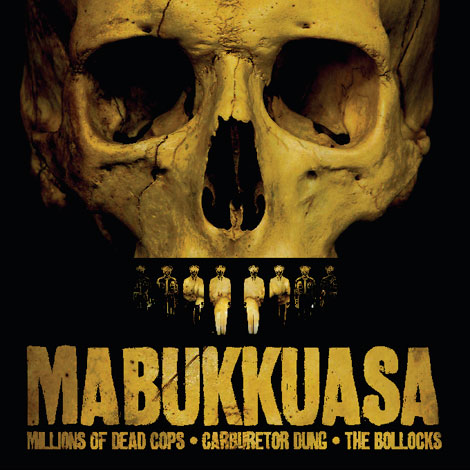 The CD is now available from:

* the poster above is free with early birds ordering from Interpunk, along with a t-shirt, we heard.

Here’s Joe’s t-shirt designs which will be available from SBS Records soon: 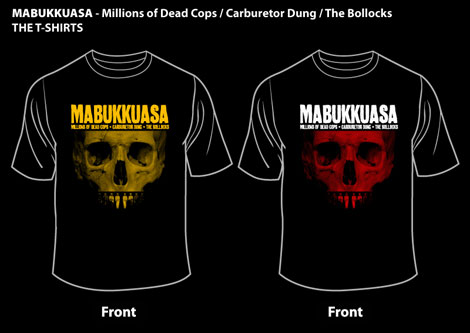 WHEN WILL THE CDs AVAILABLE IN MALAYSIA?

Well, DUNG will be getting some, while The Ricecooker Shop will also order them for sale. We are expecting it to be next month (November 2011).

WHICH DUNG SONGS ARE ON IT?

The first two are from the 2007 Inginku Rejam Raksasa Kejam LP session, while Mari Nyanyi Menjilat is from Radio Malaya compilation and Johnny from the rare The Dude Puked On My Lap CD-R compilation. All the tracks re-leveled and mastered by Craigums (CONQUEST FOR DEATH/WHAT HAPPENS NEXT?/YOUR MOTHER) – that said, we haven’t heard the results just yet so we can’t comment!