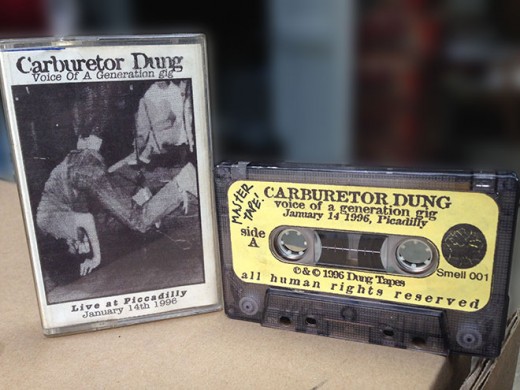 This is a tape made by the band in 1996; one side showcasing DUNG playing at the fabled Piccadilly Disco, Damansara JayaÂ and on the other side,Â a live in-the-jamming-studio session recorded a day before the show.

Not professionally recorded, mixed or mastered; we believe this is originally capturedÂ using a Sony Walkman cassette recorder, thus the sound is very raw indeed but at a good level which could be mastered proper if we want to.

Copies of this tape were distributed to friends in 1996, complete with covers and tape labels. It was never pro-duplicated or anything like that. At the time Joe had a double-deck cassette player which he used to write songs and also do mix-tapes, so we are sure copies were made on that machine. We also believe there were about 20 copies ever made.

What we found here is the master copy of the release, and it’s in quite a good shape. 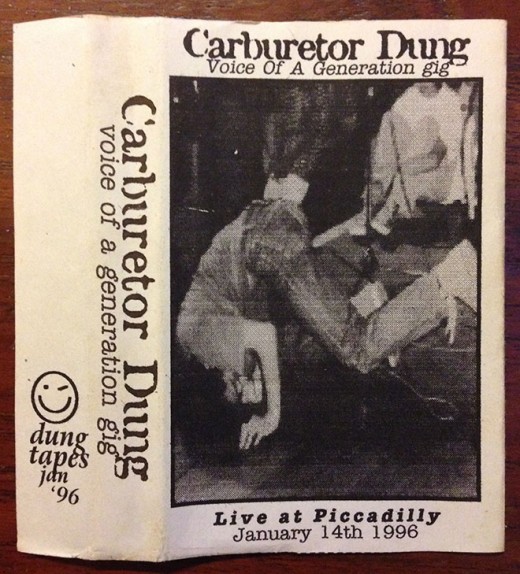 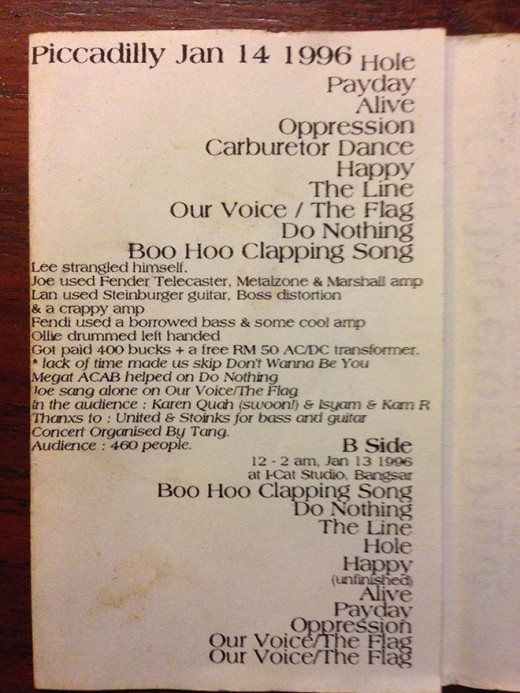 notes on the sleeve:

Got paid 400 bucks + a free RM50 AC/DC transformer.
*lack of time made us skip Don’t Wanna Be You
Megat ACAB helped on Do Nothing
Joe sang alone on Our Voice / The Flag
In the audience: Karen Quah (swooon!) & Isyam & Kam R
Thanks to: UNITED & STOINKS for bass and guitar
Concert organised by Tang
Audience 460 people 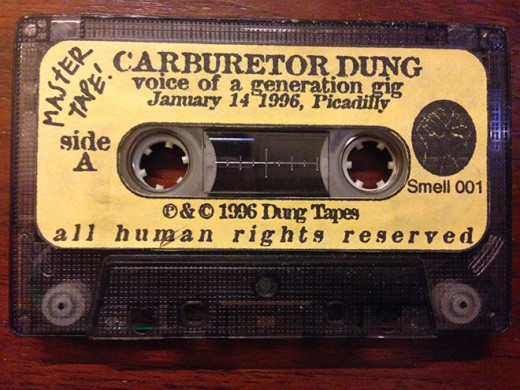 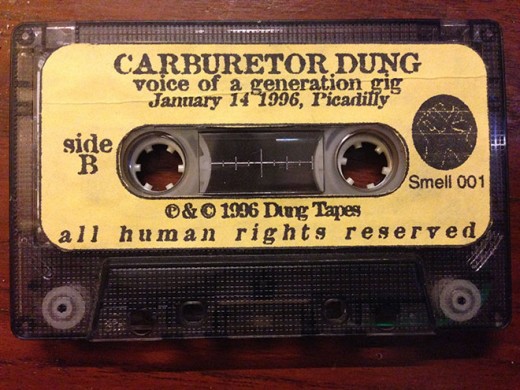 “Alive” has never been recorded. The song was written somewhere in 1994/95, we played it a few times, but when we started the process of recording Allure of Manure, we didn’t use this song. Why? Well, it could be we were not happy with it. Or because we found out just before recording that it sounded too much like a JAWBREAKER song, at least the main riff. We love Jawbreaker but we never set out to copy the band or the song, but gawd works in mysterious ways!

After writing, jamming and playing that song for at least two years, we heard a rare Jawbreaker song called “Equalized” (from Busy 7″ 1989) and it sounded almost the same! That stopped us from working on the song. Need to re-listen to see if that’s still true.

Also, as commented on facebook, listening to the tape, it reminds me that we were playing all these new songs: Hole, Payday, Happy, The Line, Our Voice/The Flag, THE SPECIALS’ cover Do Nothing and Alive. All of these songs, apart from Alive, we recorded two years later for the Allure of Manure mini-album in 1998. I’ve forgotten that we’ve already wrote these new songs between 1994-1996 . it was a period where we were waiting for the contract with VSP to run out so we could release the next album on our own. on hindsight, this shows that we were not that lazy after all! hahaha!