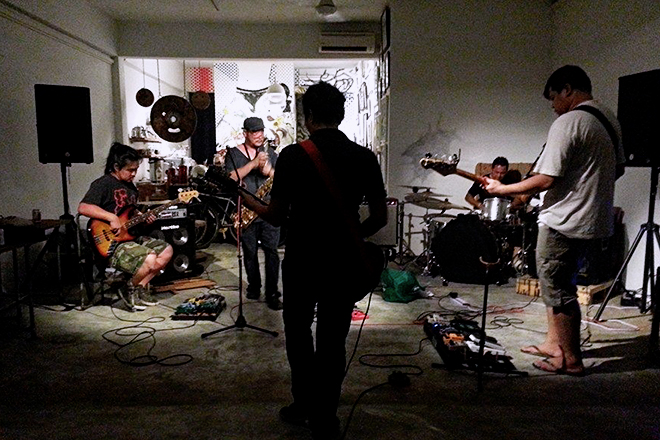 me and Bulletski had a true halloween night last night. ç„¡é™ç™¼æŽ˜ FINDARS were filled to the brim with 400 beings, all unseen and very quiet. yes, there were human beings too, all two of them. it could have been five, but three others fled the scene.

anyway, it was a great night lah, good self-absorbed-wanky-fun which needs to be repeated often. we played full blast for one hour and a half, non-stop: two basses, one guitar, one saxophone and one hot sizzling set of drums. by the end of it everyone’s ears were all shot.

thankfully mine were too earwaxed to care. the whole sonic-carnage was videoed and recorded, will put up the horrifying results soon.