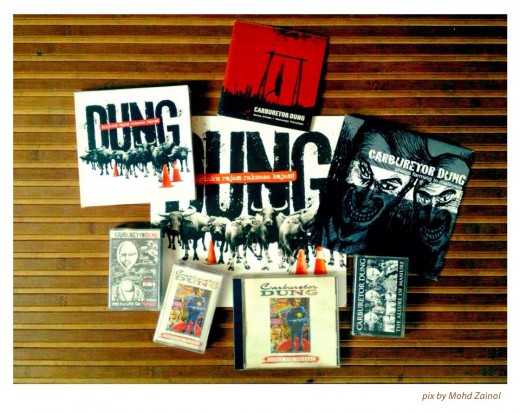 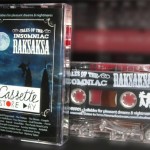 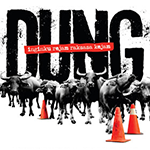 The 10″ was released proper on 13th December 2011 in Germany. It came in three different choices of vinyl-colors; white, orange and marble (orange/white swirl). 600 copies were pressed. It was sold at 14 Euro post-paid a piece.

The CD came a bit later, 24th March 2012. It came in a specially-designed box and featured an A2 poster, a silk-screened patch and a vinyl sticker. It was sold at RM25. 1,000 were pressed.

Both the CD & the 10″ are available, do contact us to order.

A compilation specially recorded and released as a part of the campaign for the awareness of our constitutional rights in Malaysia; a projek by MyConstitution, a group under the Malaysian Bar Council.

Features a re-working of THE SHITWORKERS song Ugly, Ugly Ugly with an extra verse added. One song each by bands such as MAHARAJAH COMMISSION, AZMYL YUNOR, and many more.

*recorded and produced by Joe and Bullet. sleeve design by joe. professionally mastered at Mastering One.

AVAILABLE AT THE RICECOOKER SHOP
RM15 at shop / by hand / at gigs
USD7 Postpaid – PayPal (ricecooking@gmail.com) SOLD OUT!

A crazy compilation featuring more than 200 songs by so many bands/acts! DUNG appeared with a totally unmixed version of Macam Celaka & Aku Mau Jadi Anjing Mu.

It’s a box set in a big jewel-case featuring a silver disc DVD (which contains 203 songs but no video) and four CD-Rs (altogether featuring 60 tracks) plus printed, full-colour artwork, booklet and OBE card.

Features our song Mari Nyanyi Menjilat (Lets Sing Licking Arse Song), recorded at the Excellent Studio in Taman Tun with a new line-up of Bullet on drums and Yandsen (ex-Moxuan) on saxaphone & trumpet

Details of the CD: here

DETAILS FOR THE LAUNCH PARTY: HERE

2005: The Dude Puked on My Lap – A Tribute to Hijrah AKA The Pilgrims CD-R

Carburetor Dung contributed a track called Johnny, which is taken from Hijrah’s 1990 demo tape called A Pilgrimage to Nowhere.

3 songs (badly recorded at a 2002 rehearsal on a mini-disc) appeared on this compilation put out by Knot Records.

*note: the three songs by Carburetor Dung were recorded late 2002 just before Lee left to Adelaide. Line-Up: Lee – vocals, Joe – guitar/vocals, Fendi – bass and Penter (DEP) – drums; do note: Lee was learning the new songs, so he didn’t sing much on these tracks. very rough, raw live recording done with a mini-disc recorder at a jamming studio in Taman Tun. All the songs were later recorded proper for Inginku Rejam in 2007.

A mysterious comp CD put out by a mysterious German label called Gipfelsturm Records which I found on the net as mp3 album.

Features Oppression, but we’ve never been notified by the label. Anyway, it’s a good comp featuring 30 tracks by 30 bands from allover the world, including the Philippines, Czechia, Nepal, etc.

more info on the comp

AVAILABLE? Not sure, but I can’t find the label on the net.

NO LONGER AVAILABLE
(Note: sometimes turned up on distro lists allover the globe, google it here, who knows you may still be able to get the 7″ from one of the distros

8-song mini-album released on May 29th 1999. Four of the songs here were rereleased on the Sheepfarming in Malaysia 7″ (see above).

Recorded at the Twin Studio by Bullet and released under Joe’s own label, AGE (Alternative Garage Entertainment). Roughly 4,000 copies were made and sold until the distributor closed shop a year later. CD and tape rerelease + extra tracks in the works

Most of the bands were all staying at the same building in Brickfields when this was made! About 5,000 copies were pressed and sold, until the distributor closed shop.

When the movie was finally given the go-ahead by the authorities to be shown at the local cinemas in 2001, we made CD-R versions of the release and t-shirts, selling them to the people coming to see the movie at the cinema in Mid Valley. The money made was donated to the UBU funds. Hisham was at the time still serving the two-years sentence under ISA at Kamunting Prison.

A split-tape released by South Africa’s Sound Action, ran by our friend Ernesto who came to Malaysia in the early 90s. Diminished Return was a South African punk band with a girl-singer. The 11 tracks by Dung were live recordings from 1994-1995.

We’ve lost touch with Ernesto for years. Anyone reading who has news on him should write to us. Some members of Diminished Returns are now playing in Three Chord Theory, website here

This is a popular series of obscure international punk compilation tapes made by Marko Orava in Sweden: Delirium Tremens site

Tracks by DUNG: Property Properly & Song For A Friend

*we are pretty sure the tracks are from the Songs For Friends album, but need to listen to the tape to confirm.

Back in 1994 VSP told us that 9, 000 copies were sold, but the store manager for the company told us a different story. he told us that the figure was more like 12,000 copies. That doesn’t end there. The album was repressed again and again by the company through out the years since then, with not a single sen given to the band. We’ve seen pirated versions of the tape being sold at numerous shops, including with photostated sleeves and dubbed blank tapes.

VSP NE156 – initially cassettes only but rereleased in mid-1998 on CDs by VSP, which then closed down in mid-99

AVAILABILITY. It came to light in April 2006 that the album was repackaged on a double-CD with songs by The Pilgrims with the title “The Pilgrims Meet Carburetor Dung” by InterGlobal Music. This is done without consent nor knowledge of the band. Read more here

Our first ever recording, an early version of You’re A Problem, was recorded for this compilation but it never made the final release as we’ve already signed up to VSP by then.