compost heap – the history of dung and other wasteful facts

Formed back in late ’91. recorded our first song in late ’92 for A Circle Of Friends comp but omitted from the “actual” release. debut gig at The Revenge of the Rats ’93, the first all punk/indie gig for the malaysian underground scene.

Debut album Songs For Friends released in September 1993. A hell lot gigs since, appeared in a couple of overseas comps, also did a split-tape in South Africa (live recordings from ’94).

Consolidated a new line-up in ’95, played numerous gigs allover the country without recording anything new for years. until finally, appeared with three tracks on the soundtrack for the local indie-film Dari Jemapoh Ke Manchestee.

An 8-track mini-LP The Allure Of Manure was released May ’99.

Sheepfarming In Malaysia, 7″ single was released in London, UK by Hideous Records in February 2000.

The core members still in the band since ’91:
Fendi – bass & Joe Kidd – guitars

Carburetor Dung was on hiatus from September 1999 through to June 2002; with Joe & Fendi re-forming their project band The Shitworkers. Dung only started jamming again in July 2002 with new members and played two gigs at the end of 2002.

Then the band went quiet again for almost a year until the 8th line-up came together and started playing again from Dec 2003 onwards. 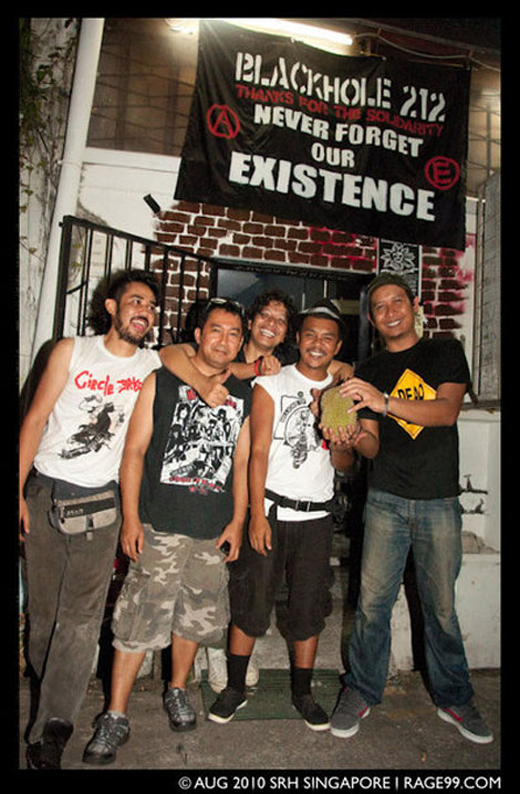